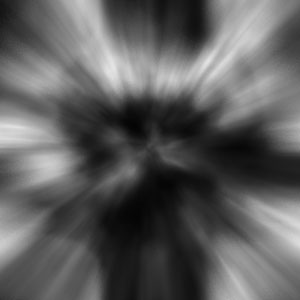 So as we grow older, much time is spent in wondering have we accomplished anything?  Will anyone miss me when I am gone?  Kind of morbid I guess but true.  I can not answer if people will miss me or not, but to the question have I accomplished anything, I think I have or at least I am trying to.  My legacy will hopefully be in my children growing into respectful, productive members of society. More and more today, I think we are way off course.  There is such a blurred line between right and wrong, good and bad.  Between the fight over religion and political correctness gone mad, I feel like we are loosing our moral compass.

I was not put here to be friends with my children.  I think many people have a differing opinion than I do on that statement. I figure that at some point in their lives they will hate my husband and I and that is to be expected if we are doing our job correctly. I am not afraid to say “No” and I really do not care what the other kids are doing.  We are not deeply religious people.  Although raised Catholic, I am totally none practicing but still steer my life along a strict code of moral and value based decision-making.  It is through this lens that we attempt to raise our children.

There was an attack in Chester PA the other day.  Six high school age girls walking down the street come across a mentally challenged woman sitting on her front stoop.  These girls proceeded to take out their camera phones and take turns beating the woman and filming the beating.  They cheered and took close up face shots of themselves high fiving.  They immediately posted the videos to Facebook and with in a day 4 of the six were arrested, the other two were by last night.  They are being charged as adults for several felony counts.  What did we see next?  You know it..the families of these “poor” girls saying how wrong it was to charge them so strongly and that they were just kids.  What in the hell?  Yes families, thankfully the woman is alright.  No, No don’t worry your animalistic girls thankfully did not kill her.

There is another video that has gone viral of a woman explaining that she is voting for Obama because he gave her a phone.  She proceeds to say that Romney sucks.  Well..there we go.  A well thought out rationale to take into the voting booth.  I am not going political here and hope everyone votes regardless on who it is for.  I would just hope that people would actually educate themselves on some issues and make an informed choice one way or the other, over 350 million people’s lives and futures depend on it.

Recently, In my opinion, it seems everyone wants someone else to make the though decisions.  People want the school to raise the children.  We want government to take care of us.  It just seems that everyone wants something. Lots of finger pointing and excuses but no self reflection.  What will our next generation become if we can not take charge of our own?