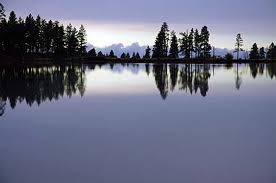 I found a lump in February 2011..I always found them myself through regular self exams.  I called the doctor and had the mammogram and ultrasound scheduled. Sadly, you get to be a pro at this after enough practice.  It all started the same, schedule the scans, have the scans, wait for the call, schedule appointment with the surgeon.  Because of my age they decided to do an ultrasound guided needle biopsy instead of surgery this time since my history was that of fibroid.

In late May I scheduled the procedure.  My husband and my then 4-year-old daughter took me to the center.  We took the portable DVD player to keep her busy.  The procedure was expected to take less than an hour no big deal.  And, for the most part it was not a big deal.  They numbed the area so no pain. The radiologist was a nice woman and I was made to feel as comfortable as possible.  When she was finished, the radiologists said she would go out to let my husband know everything was fine while the techs finished up with me.  SO here you need to visualize a bit, I had just had a breast biopsy so the area was still exposed and prepped for the procedure covered with iodine.  The room was the size of a large doctors office and filled with an Ultrasound machine, monitors, computers and other supplies.  Along with me who is still lying flat on a rather uncomfortable surgical table, were two lab technicians.

What happened next was both horrifying and heart breaking.  The radiologists, who obviously did not have children, brought my husband and daughter into the room to see me.  I fully understand that she thought she was doing a good thing..in reality it was awful.  My daughter, seeing me in that situation, began to scream and cry.  My husband and I both tried to calm her to no avail. She was in a full panic attack.  As they all apologized we rushed to get me cleaned up and ready to leave.  All the way out of the office and to the car she cried.  Half way home she cried.  She would not talk to us the poor thing was traumatized!  That night I had to rock her like a baby trying to reassure her that mommy was fine.  I thought this would be the end.

The call came about a week later that they could not rule out what they called a Phyllodes Tumor.  This is a type of fibroid and not cancerous but can be very aggressive in its growth.  We would need to schedule the surgical biopsy which we did for mid June.  The surgery went smoothly.   I received the results of the biopsy on June 27, 2011.  The great news was that there was no cancer but there were concerns.  The tissue came back with atypical lobular hyperplasia.  This mixed with my own history and my family history put me into a 50% risk of breast cancer.  Those numbers were shocking to me!  I was being told I had a 50-50 chance or 1 in 2 of developing breast cancer.  The next step was to see the specialist.

3 thoughts on “The Journey”