I know people who have made the decision to tell their children that there is no Santa. Not because the child asked questions but because they were going to find out anyway. Before I give my opinion on that, let’s recap the first few minutes of the news cast I tuned into last night. Missing college student last seen at a bar well over a week ago disappeared without a trace. 17-year-old boy brutally attacked in an alley after leaving a party, caught on tape. Of course they show this tape over and over. There seems to be controversy over some grandmothers taped smoking pot and some local daycare conditions are filthy. There was a sexual assaults, we are waiting for DNA results in an old unsolved murder mystery and of course continued updates on riots and protests. Retail sales are down and the recent jobs numbers cheered by some are being shown to be “padded” creating only cheap part-time hourly jobs while full-time family supporting jobs actually saw a sharp decline. The economy is stagnant, the country is more split than ever in my life and the future seems just as bleak.

So, back to the situation with Santa and a question, what is wrong with a little magic? We all want to believe that magic is real. What is so wrong with allowing our youth to stay innocent as long as possible? The world is big and at times very harsh and ugly and in time everyone will have to face it head on. Is it so wrong to allow our 10 year olds to hold on the belief in a jolly old magical being for just one more year?  To allow them to feel safe watched over by loving beings?

Many of us have the elves, those crazy little toys that we curse nightly as we climb and stretch moving them around trying to add a little extra magic to the season. Why? Because of the glow in the faces of my girls and millions of other children who wake each morning running through the house to see what the elf did last night after returning from the daily reporting trip to Santa. This year Santa Claus actually sent letters to the girls though the mail. They received them yesterday in the mailbox.  Pure childhood fascination swept over both as they read them, thrilled that Santa knew names of friends and teachers as well as things they are interested in. Those letters are now hanging on the refrigerator and have been read at least 20 times. 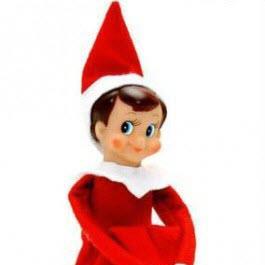 It has been a tough year for our family as it has for many.  The amount of presents under the tree will be smaller.  It would be easy to allow the stress of the year to bring us down.  Instead I find this more motivation to get into the spirit and share some Christmas warmth.

I believe because my girls believe.

I believe because there is a true joy allowing yourself to be swept up in the magic.

I believe because the sound of Christmas bells are a happy and joyous sound, and I still hear them 🙂

I believe because the smell of cinnamon and chocolate  together in the air gives me the strength to face an otherwise grey day.

I believe because doing so even for a small part of the year reminds me to spread kindness in a world that is very short of it.

I believe because a strong imagination has guided me though many a dark day and will do the same for my children.

I believe because there has to be something more.

I love Christmas and all of the joy and magic that it brings.  I love the entire season and do not feel the need to argue over who is most important during this fine season. I do not mind saying happy holidays to those who do not share my religious background and I often find myself humming the dreidel song at some point during the season.  Love, joy, family, sharing and reflection on the things most important is what it should be about.  For me, that means keeping Santa as part of the celebration as long as possible, I for one think we all could all use a little magic!

I can not believe that school will be starting in 2 weeks.  It has been a very hectic summer for us and has seemed way too short!  Megan is heading into 5th grade and my little Madison will be in 2nd.  When did it happen?  When did my babies get so big?  It seems like just yesterday that I packed Meg up for her first day at Pre-K.  She was such a shy little thing that even though I was home, we sent her for a few hours a day just to be around other kids.  I remember the first day of Kindergarten and the first time I watched the bus drive away. I was so worried about her, would she adjust and fit in?  Of course she did just fine. Before each of these first days I sent her to school with a kiss in each hand. A little something to carry from me  just incase she needed them throughout the day.

since Megan was a baby.  It is about a little bird who feels sad as he heads off to school.  His Mom is also sad and explains to him that the love they share will stay with them both everywhere they go even when apart.  I have read this the night before the first day of school since Megan’s first day at Pre-K.  With Megan turning 10 just the other day I was a little worried that just maybe my girls would not be as interested in our “ritual”. The other night we were gathering school supplies together and I asked if either of them had seen the book,  (fully knowing exactly where it was :-).  Before even allowing them to answer I asked if we would be reading it again this year.  The reaction made me so happy.  Both girls looked at me as if it was a crazy question and almost in unison answered “of course”.  It made me feel good, “our thing” is just as important to them as it is to me.

I realize that I am raising two girls who in no time at all will both be teenagers.  I know that there will come a time when everything that my husband and I do will be found to be the most embarrassing, annoying things in the world.  I understand and together we will all make it through but for now I will enjoy every moment I can get where they still allow me to snuggle up and just hold on to them.

So Megan and Madison, as the first day of school draws near, when I ask for your hands, do me a favor and just accept that I am so very proud of you both.  Accept that I love the strong and confident young ladies you are becoming.  Accept that in my heart you will always be my babies so put out your hands and please allow me to send a kiss in each and know that I will always be with you and that I love you both so very much!

My family,  they are my life, my heart and the most important thing in my world.  There are forces around me that do not understand that and the reason is simply that they have never taken a minute to get to know me.

Everyone’s priorities are different and that is one of those wonderful things that makes the world go around.  I do not judge others, or at least I try my best not to.  One thing that will immediately spike my anger are those who seem to do just that to me.

How did I get here?

Maybe it was a father who left when I was a baby and never looked back.  Maybe it was the financial struggles that resulted from this, losing our house, never having my own new clothes or eating pancakes for dinner instead of meat.  Maybe going through 12 years of Catholic school being told I did not have a “real” family or seeing all of my friends living “normal” lives.  Maybe it was the death of my mother after a long battle with cancer.  She was a difficult woman but one I loved with all of my heart.  Maybe it was my own decision to proactively remove part of my body due to questionable biopsies, a surgery that was life changing.  Maybe it was the fact that the pathology from that surgery showed that cancer was most certainly in my future, a future that was changed due to my decision to have the prophylactic mastectomy with my families support.  A decision that certainly humbled me! 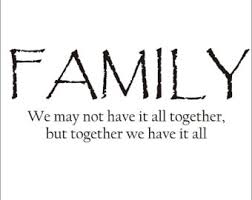 I did not get married right out of college.   Frank and I were married several years before deciding to have children.  We did the career thing and made very nice money.  I was obsessed with the next promotion and the next raise and I did very well.  We lived a life for a while where we could do whatever we wanted whenever we wanted to do it.  I was 32 when Megan was born and ready for the next phase in my life.  Many around me then could not understand how I could walk away from a lucrative and successful career to become a stay at home mom.  To me that became the most important and fulfilling job I could ever have!  Years later to be faced with the realization that cancer could be such a real threat, it made me recognize how quickly life could change and how dear I held those close to me.

I now have an understanding that a “normal” family is any that is loving, caring and provides for the needs of those individuals with in it.  It is impossible to describe what that looks like since they are all so different.  I have also come to peace with the fact that many people do not understand us, to those folks I can only wish for them a moment to slow down and enjoy what they have.  What I do not give is an apology for knowing who I am and what is important to me.  I will never apologize for putting my family first.

Over the next many weeks I am excited for the start of the soccer season.  For Madison, it is her first opportunity to play on a travel team and at a more competitive level.  Her team will take to the field Friday night for the first of a 3 game/ 3 day tournament.  Frank is an assistant coach on her team and both are excited to hit the field.   I love watching the girls play and have admittedly become a proud soccer mom.  I plan on seeing each and every game (fingers crossed for schedules that are accommodating 🙂 ). Megan will start the season the weekend after in a labor day tournament.

As the summer comes to an end and we gear up to head back to school, the calendar is filling up and I realize, I would not have it any other way!  Sometimes it is good to step back and remember what is really important to you!