My family,  they are my life, my heart and the most important thing in my world.  There are forces around me that do not understand that and the reason is simply that they have never taken a minute to get to know me.

Everyone’s priorities are different and that is one of those wonderful things that makes the world go around.  I do not judge others, or at least I try my best not to.  One thing that will immediately spike my anger are those who seem to do just that to me.

How did I get here?

Maybe it was a father who left when I was a baby and never looked back.  Maybe it was the financial struggles that resulted from this, losing our house, never having my own new clothes or eating pancakes for dinner instead of meat.  Maybe going through 12 years of Catholic school being told I did not have a “real” family or seeing all of my friends living “normal” lives.  Maybe it was the death of my mother after a long battle with cancer.  She was a difficult woman but one I loved with all of my heart.  Maybe it was my own decision to proactively remove part of my body due to questionable biopsies, a surgery that was life changing.  Maybe it was the fact that the pathology from that surgery showed that cancer was most certainly in my future, a future that was changed due to my decision to have the prophylactic mastectomy with my families support.  A decision that certainly humbled me!

I did not get married right out of college.   Frank and I were married several years before deciding to have children.  We did the career thing and made very nice money.  I was obsessed with the next promotion and the next raise and I did very well.  We lived a life for a while where we could do whatever we wanted whenever we wanted to do it.  I was 32 when Megan was born and ready for the next phase in my life.  Many around me then could not understand how I could walk away from a lucrative and successful career to become a stay at home mom.  To me that became the most important and fulfilling job I could ever have!  Years later to be faced with the realization that cancer could be such a real threat, it made me recognize how quickly life could change and how dear I held those close to me.

I now have an understanding that a “normal” family is any that is loving, caring and provides for the needs of those individuals with in it.  It is impossible to describe what that looks like since they are all so different.  I have also come to peace with the fact that many people do not understand us, to those folks I can only wish for them a moment to slow down and enjoy what they have.  What I do not give is an apology for knowing who I am and what is important to me.  I will never apologize for putting my family first. 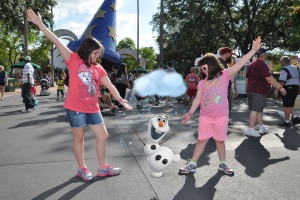 Over the next many weeks I am excited for the start of the soccer season.  For Madison, it is her first opportunity to play on a travel team and at a more competitive level.  Her team will take to the field Friday night for the first of a 3 game/ 3 day tournament.  Frank is an assistant coach on her team and both are excited to hit the field.   I love watching the girls play and have admittedly become a proud soccer mom.  I plan on seeing each and every game (fingers crossed for schedules that are accommodating 🙂 ). Megan will start the season the weekend after in a labor day tournament.

As the summer comes to an end and we gear up to head back to school, the calendar is filling up and I realize, I would not have it any other way!  Sometimes it is good to step back and remember what is really important to you!