SInce I was a child I have loved the olympics.  Where else can you see some of these sports, moreover who knew some of these things were sports such as handball?  This morning my girls and I have watched Badminton, ping-pong (table tennis), fencing and soccer (football).  Other than soccer, these are not thing I would normally turn the channel to, but every four years we are glued to the television.  Clearly as Americans it is obvious who we would cheer for if the opportunity is there.  What is great about the olympics is the pure competition of it all.  The US is not represented in all sports nor can they be playing in every event throughout the day.  The girls need to cheer for a team so right now New Zealand is playing Brazil in woman’s soccer…Megan is rooting for Brazil…why?  Who knows. I on the other hand am impressed with how well New Zealand is playing.  The other day we watched Mens soccer and Gabon…(a country we had never heard of and had to look up) quickly became our favorite due to the heart in which they played.

A few weeks ago I was laying in the hospital unable to basically move.  Today I am able to enjoy some sport with my girls.  Funny thing is how they hear things in the news…so as certain countries were announced last night they thought it was interesting how just for a little while people are able to put outside issues aside to play a game.  If only those in charge could look at things through children’s eyes.  Maybe instead of war it should just be a good ole handball game…(really don’t get that sport).

Sportsmanship, heart, effort and hardwork.  What a great lesson that our kids need these days. 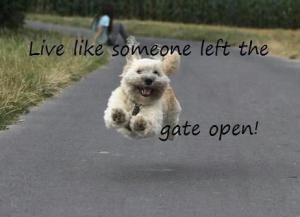