What a big day!  So I ended yesterday’s post with the thoughts of driving for the first time since the surgery.  The girls both slept late because I let them stay up late Tuesday night to watch the US women’s gymnastics team win the gold medal.  I used the time to clean up, put my hair in a ponytail (which took a little effort) and get dressed.  Since I am not allowed to wear a bra and have square boobs, I went with a tank top under a baggy button up shirt.  Everyone around me keeps saying how different I look but I just have not really seen it..until I put on my shirt.  A tank top that was tight prior to the surgery  hung on me like a weird tent.  It gapped awful under my arms since the DD’s are gone.  It worked under the other shirt.  I guess I will just look unkept for a while until my body is completed…I guess the changes are that big! 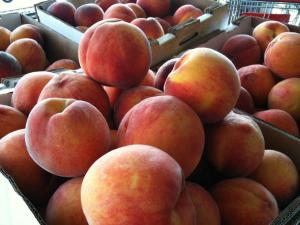 So our adventure included a stop at the local farmers market for some produce.  This was a perfect stop because they also have a deli and small dairy area so could get lunch meat and milk.  After that a quick stop at the CVS for toothpaste then home.  It was not a bad trip but a little struggle.  Driving itself was not the most comfortable..the bumps still bother me and the seat belt rubs.  BUT…overall very successful trip and felt nice to be in control and out and about!  I was happy to get home and sit down but it was a start!

A small nap was needed after lunch. Then time to exercise.  I was able to do twice the amount of stretches than yesterday. Amazing how much my mobility has improved  and how much less stiff I feel after just 2 days.  A little more each day!

On top of everything else going on my Megan turns 8 in 2 weeks.  She is used to big blow out parties.  This year things will be much smaller.  Just family here at the house.  Need to get the house into at least basic company shape by August 11..a little each day like eveything else I guess.

1 thought on “Watch out here we come!”