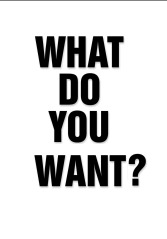 I wrote a post the other day called What do you want?  As I have thought about the answer to that question all it has done is make me ask myself more questions.  I guess a little introspection is good from time to time.  A long look in the mirror to cleanse the soul.

So, in deciding “what I want”, I started to think about who I am and what I have been through over the last year and a half or so. I scanned through some old posts here and came across one back in April 2012 where I took a shot at a basic introduction.  The only thing I would tend to add or change is that I no longer live in fear of developing breast cancer.  Instead I am very lucky!  I am lucky and thankful that I had the strength to make the decision to have a prophylactic mastectomy. Those who have been peeking in for a while now know what a great decision that was since cancer markers were found in the biopsy.  It was only a matter of time.

I started this blog almost a year ago for myself to clear my thoughts as the process toward the BPM began.  Over time I meet some strong and wonderful woman.  Some of these woman are battling

cancer, others like myself trying to jump out in front but all became inspiration to me in some way.  As the surgeries began, this blog became an avenue to vent, whine and express myself.  It did not matter if anyone actually read but it was nice to know that some did and maybe my experience helped someone the way I was helped.I continue writing now because although I have grown so much personally through this experience, I still do not open up well personally.  This continues to be a great outlet for me.

SO I will continue to type away, rambling about my children, my family and sometimes plain old daily minutia.  I am continuing to work toward the answer of what I want and while doing so will thank god for what I have.  A beautiful family, my health and a future that is wide open.  Not too bad I guess!

That’s for stopping by, I do appreciate it!

3 thoughts on “Retrospection,Introspection and a continued search”